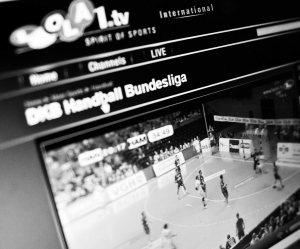 If you could tear yourself away from Saturday tea time TV there were a couple of live handball matches streaming today.  You could have seen Atletico Madrid make it two wins from two at the start of their Asobal season and then washed that down with HSV Hamburg’s come from behind victory at Hanover.  Don’t worry if you didn’t, the matches are probably archived for later viewings if such things take your fancy.

Tomorrow there are also two matches, one from the Asobal and one from the Bundesliga.  At 4.30pm you can see Fuechse Berlin (it means Berlin Foxes) have a tilt at THW Kiel.  Fuechse joined Kiel in the Champions League Final 4 last season but anything other than a victory for the zebras would be a surprise.  Then at 7pm it’s Naturhouse la Rioja against Valladolid.  Both teams lost their first match but were both top half finishers last season so it should be close.

Head over to here to watch the games.  If I can get myself onto a laptop that can tweet *and* stream at the same time I’ll have some live words of almost-wisdom on the Handball Views twitter feed which is @handballviewsuk.